From small seeds... a brief history

In 2003, Professor Alan Roach (then Dean of Communications, Engineering and Science at the University of Paisley) was keen to identify how engineering degrees could be made more attractive and effective, connecting more directly to the rich variety of industry needs and opportunities.

One of the employers consulted, Owen Quinn (CEO of Blairs Ltd), drew attention to a more broadly based "Engineering Education & Practice" industry-university initiative in Michigan.

Believing that something similar could be usefully developed in Scotland, Alan also approached: 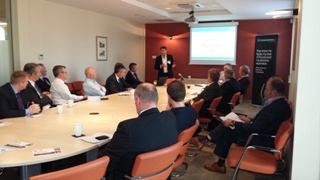 From those discussions, the idea for CeeD arose. The founding partners spent some time quietly developing the CeeD model across their own organisations and still contribute significantly (in time and finance) to its success.

The concept was judged ready for launch in 2006 and start-up funding was offered by Scottish Enterprise, Renfrewshire, East Renfrewshire and Inverclyde Councils and the ERDF. The CeeD Board is still largely drawn from the founding partners. CeeD is loosely based on the CEEP project in Michigan.

This project sought to increase the innovative edge for the Detroit-based major car manufacturers and their supply chain including front line electronics companies, both in R&D and in skills development.

CEEP fosters collaboration on specific issues between the car manufacturers, their supply chain partners and academics, particularly from the University of Michigan at Dearborn. It is this collaborative approach to problem solving involving large companies, smaller companies and academia that lies at the core of CeeD.

However there are significant differences in the model used here. 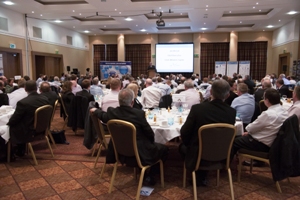