Home > Johnstons of Elgin recognised with Queen’s Award for Enterprise

Johnstons of Elgin recognised with Queen’s Award for Enterprise 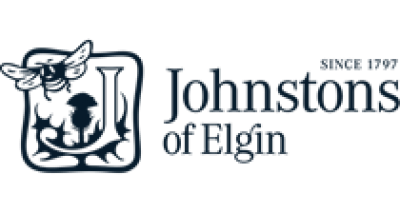 CeeD would like to congratulate Johnstons of Elgin, the UK’s largest independent producer of luxury Cashmere and fine Woollens, for being named as a recipient of this year’s Queen’s Award for Enterprise.

Announced on 29 April, Scotland’s second oldest family business has been awarded in the Sustainable Development category for its 360-degree approach to sustainability and leading the way in ethical manufacturing.

This is the fourth award for the Moray-based manufacturer, previously landing the Queen’s Award for Export Achievement in 1978,1994 and 2002. As well as its centuries old approach to working with natural, renewable, and biodegradable fibres, Johnstons’ has been praised for its wider industry commitments to limiting environmental impact, animal welfare, its people and approach to sustainable textiles manufacturing.

Established in 1797, Johnstons of Elgin is one of the last few remaining vertical mills in the UK that still process the raw Cashmere and fine woollen fibres right through to the finished product. In 2019, Johnstons reinforced its slow luxury credentials through the launch of a range using leftover yarn from its main collections. By creatively using surplus materials EveryYarn brings together considered design and exquisite craftsmanship to ensure every fibre is turned into something that can be loved for years to come.

Johnstons is also one of three founding members of the Sustainable Fibre Alliance (SFA), a non-profit international organisation, formed in 2015, that works to sustain the pasture lands and welfare of animals in Cashmere producing regions – from herders to retailers.

“When we talk about sustainability at Johnstons of Elgin, we try to cover every aspect of our product’s life and truly value every thread. Throughout our 224-year history we have stayed true to this ethos through animal welfare initiatives, grassland preservation, fair work, reducing manufacturing waste, and so much more.

The reduction of waste and regeneration of resources is inherent to our business and receiving The Queen’s Award for Sustainable Development coincides with a significant period for Johnstons of Elgin as we prepare to launch our future sustainability goals.

Established in 1797, Johnstons of Elgin now exports to up to 65 countries and employs 900 people at its two Scottish mills in Elgin and Hawick. The company was granted The Royal Warrant by HRH Prince of Wales for the manufacture and supply of Estate Tweed cloth to the Royal household in 2013.

Now in its 55th year, the Queen’s Awards for Enterprise are the most prestigious business awards in the country, with winning businesses able to use the esteemed Queen’s Award emblem for the next five years. To find out more about Johnstons of Elgin’s sustainability commitments, visit here.