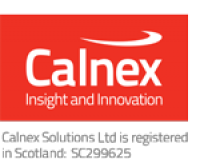 Calnex is the world-leader in test & measurement solutions to prove and monitor the performance and reliability of Ethernet synchronisation and OAM technologies - 1588, NTP, SyncE, CES, E-OAM and MPLS-TP OAM.

The technologies Calnex’s products test are also being adopted in markets beyond mobile telecommunications, most notably in the financial trading houses, cloud services server farms, power smart grid and automotive industries.
To date, Calnex has shipped product to over 320 customers in 47 countries around the world. These include the recognised technology leading countries like USA, Germany, Sweden, Finland, India, China, Korea and Japan, plus emerging countries like New Zealand, Vietnam, Uruguay, Azerbaijan and South Africa.

Based in Linlithgow, Scotland - Calnex is managed by a team with exceptional technological expertise. Our engine room is run by the best developers in the business. The Scottish weather and our drink of choice, the great Water of Life, drives innovation beyond boundaries. With a team based all over the world, we can bring you the latest information and developments in the world of synchronisation. We’ll also be happy to talk about the Scottish weather or whisky.
Calnex was named the 2015 winner of the Queen’s Award for Enterprise for International Trade, the UK’s highest accolade for business success.